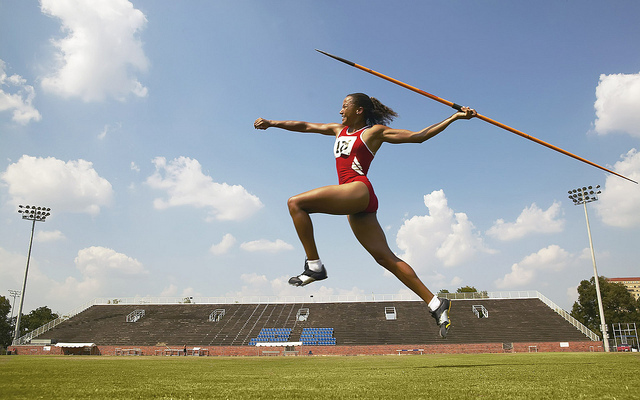 “Sticks and stones will break my bones but names will never hurt me” is a mantra that we’ve been encouraged to use from childhood when we’re on the wrong end of some name calling. After all, it’s only name calling. It can’t really hurt us, can it? Well, some new research has revealed that it can.

Name calling can have a detrimental effect on our ability to perform a task when the name calling takes the form of a stereotype threat.

Stereotype threat is the experience of anxiety in a situation in which a person has the potential to confirm a negative stereotype about his or her social group. The anxiety that it creates causes the person to perform badly.

Psychologists Kimberly Hively and Amani El-Alayli from the Eastern Washington Universtity examined whether female athletes would under-perform at an athletic task if prompted to think about gender stereotypes of athleticism.

In the study they got female and male tennis and basketball college student athletes to perform two athletic tasks relevant to their sport: a difficult concentration task and an easier speed task. The participants were told beforehand that:

(2) there was no gender difference (to remove any preexisting stereotype threat).

The results showed that on the difficult task, women performed worse than men only when stereotype threat was induced. Performance on the easier speed task was unaffected by the stereotype information but interestingly the researchers found that the women’s beliefs about men’s and women’s general athleticism was also negatively affected by the gender stereotype manipulation.

It therefore appears that just one minor comment regarding a persons ability to perform a specific task can not only have a negative impact on their performance of the but also on their general beliefs. These results have serious implications not just for athletic coaches but for managers and leaders in all types of organisations.

If you liked this article on Gender Stereotype Threat then please share it with your friends and check out our other blog articles for more tips and advice.

To receive the latest articles free by email. Just enter your details below…
[subscribe2]